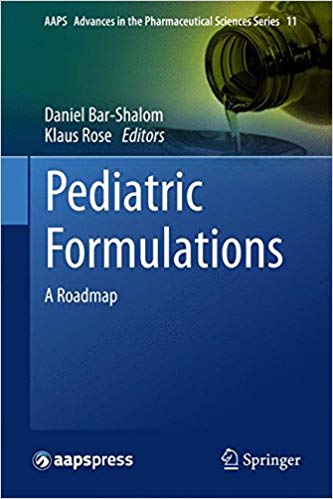 Until the 1990s, it was generally accepted that medicines were first developed for adults and their use in children was investigated later, if at all. One of the main tasks of hospital pharmacies was the manufacturing of child-appropriate formulations in a more or less makeshift way. The first change came in 1997 with U.S. legislation that rewarded manufacturers to do voluntary pediatric research. Ten years later, the European Union passed legislation that required manufacturers to discuss all pediatric aspects, including formulations, with the regulatory authorities as a condition of starting the registration procedure. In consequence, manufacturers must now cover all age groups, including the youngest ones. So far, pediatric formulations were more a focus for academic researchers. Through the changed regulatory environment, there is now a sudden high commercial demand for age-appropriate formulations. This book begins by highlighting the anatomical, physiological and developmental differences between adults and children of different ages. It goes on to review the existing technologies and attempts to draw a roadmap to better, innovative formulations, in particular for oral administration. The regulatory, clinical, ethical and pharmaceutical framework is also addressed.

1. The Patient
2. Pediatric Development: Physiology. Enzymes, Drug Metabolism, Pharmacokinetics and Pharmacodynamics
3. Developmental Changes in the Processes Governing Oral Drug Absorption
4. Paediatric Development: Gastrointestinal
5. How to Estimate the Dose to Be Given for the First Time to Pediatric Patients
6. The Clinical Relevance of Pediatric Formulations

6. Clinical Development and Regulatory Aspects
26. Pediatric Formulations and Dosage Forms and Future Opportunities: Impact of Regulations in the USA and Implementation of Quality by Design
27. Paediatric Pharmaceutical Legislation and Its Impact on Adult and Paediatric Drug Development: The EU Regulatory View
28. Pediatric Pharmaceutical Legislation in the USA and EU and Their Impact on Adult and Pediatric Drug Development
29. Checks and Balances in the EU: The Role of the European Ombudsman, with a Focus on the Paediatric Regulation