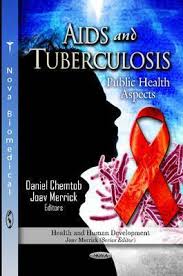 AIDS and tuberculosis (TB) have complex health and societal determinants with large impacts. Worldwide, the burden of these infectious diseases are huge, especially in the 22 countries with a high TB burden, where more than 80% of TB worldwide occurs and in sub-Saharan Africa, where 67% of the world's HIV/AIDS cases occurred. Despite different ways of transmission and the fact that several separate national programs often exist, tuberculosis and HIV/AIDS are linked. They are often affecting similar population groups (e.g. vulnerable and other minorities groups) and HIV is the most potent risk factors in increasing the risk of progression from latent TB infection (LTBI) to disease among the two billions individuals estimated with LTBI worldwide, while the relative risk of HIV is more than 20. Therefore, it is crucial to combine and coordinate the efforts when addressing TB and HIV issues. Diverse responses have been developed, both at international and country levels for tackling the different health and social components of these diseases. (Imprint: Nova Biomedical)