The World Health Organization Between North and South [electronic resource] 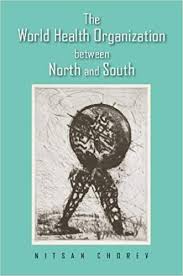 Since 1948, the World Health Organization (WHO) has launched numerous programs aimed at improving health conditions around the globe, ranging from efforts to eradicate smallpox to education programs about the health risks of smoking. In setting global health priorities and carrying out initiatives, the WHO bureaucracy has faced the challenge of reconciling the preferences of a small minority of wealthy nations, who fund the organization, with the demands of poorer member countries, who hold the majority of votes. In The World Health Organization between North and South, Nitsan Chorev shows how the WHO bureaucracy has succeeded not only in avoiding having its agenda co-opted by either coalition of member states but also in reaching a consensus that fit the bureaucracy's own principles and interests. Chorev assesses the response of the WHO bureaucracy to member-state pressure in two particularly contentious moments: when during the 1970s and early 1980s developing countries forcefully called for a more equal international economic order, and when in the 1990s the United States and other wealthy countries demanded international organizations adopt neoliberal economic reforms. In analyzing these two periods, Chorev demonstrates how strategic maneuvering made it possible for a vulnerable bureaucracy to preserve a relatively autonomous agenda, promote a consistent set of values, and protect its interests in the face of challenges from developing and developed countries alike.