Medicine and the Market [electronic resource] 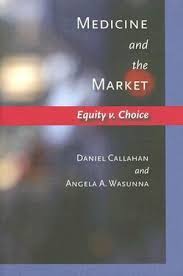 Much has been written about medicine and the market in recent years. This book is the first to include an assessment of market influence in both developed and developing countries, and among the very few that have tried to evaluate the actual health and economic impact of market theory and practices in a wide range of national settings.Tracing the path that market practices have taken from Adam Smith in the eighteenth century into twenty-first-century health care, Daniel Callahan and Angela A. Wasunna add a fresh dimension: they compare the different approaches taken in the market debate by health care economists, conservative market advocates, and liberal supporters of single-payer or government-regulated systems. In addition to laying out the market-versus-government struggle around the world—from Canada and the United States to Western Europe, Latin America, and many African and Asian countries—they assess the leading market practices, such as competition, physician incentives, and co-payments, for their economic and health efficacy to determine whether they work as advertised. This timely and necessary book engages new dimensions of a development that has urgent consequences for the delivery of health care worldwide.